By Laurie Roth / The Western Center for Journslism
inShare29 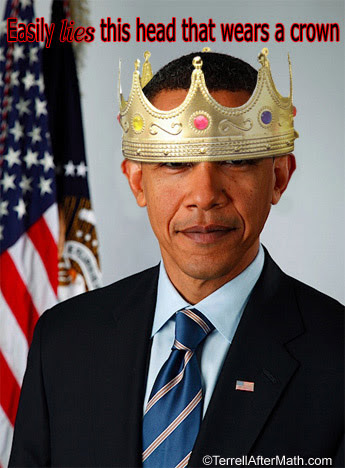 (Editor’s correction: This is a list of executive orders in force that outline Emergency Powers. Some of these were signed by prior US Presidents going back all the way to JFK. Obama specifically has signed executive orders starting with the number EO-13489 and forward. But these all reference powers Obama could use to limit your freedoms. Here is a full list of Obama Executive Orders.)

There have been over 900 Executive orders put forth from Obama, and he is not even through his first term yet. He is creating a martial law ‘Disney Land’ of control covering everything imaginable. Some of the executive orders he has signed recently have been exposed thanks to ‘Friends of Conservative Action Alerts.’ They have compiled a choice list of ‘Emergency Powers, Martial law executive orders’: Get your headache medication out while you still can without a prescription.

* Executive Order 10990 allows the Government to take over all modes of transportation and control of highways and seaports.

* Executive Order 10995 allows the government to seize and control the communication media.

* Executive Order 10997 allows the government to take over all electrical power, gas, petroleum, fuels, and minerals.

* Executive Order 11001 allows the government to take over all health education and welfare functions.

* Executive Order 11002 designates the Postmaster General to operate a national registration of all persons.

* Executive Order 11003 allows the government to take over all airports and aircraft, including commercial aircraft.

* Executive Order 11004 allows the Housing and Finance Authority to relocate and establish new locations for populations.

* Executive Order 11051 specifies the responsibility of the Office of Emergency Planning and gives authorization to put all Executive Orders into effect in times of increased international tensions and economic or financial crisis.

* Executive Order 11310 grants authority to the Department of Justice to enforce the plans set out in Executive Orders, to institute Industrial support, to establish judicial and legislative liaison, to control all aliens, to operate penal and correctional institutions, and to advise and assist the President.

* Executive Order 11921 allows the Federal Emergency Preparedness Agency to develop plans to establish control over the mechanisms of production and distribution of energy sources, wages, salaries, credit, and the flow of money in U.S. financial institutions in any undefined national emergency. It also provides that when the president declares a state of emergency, Congress cannot review the action for six months.

It is more than clear that Obama is planning for the total control and takeover of America via Martial Law. Food, energy, transportation, work, banking, and health…he has it covered.

While Obama is busy pulling executive orders out of the sky to control everything inside our country, he has been issuing executive orders to force us to submit to international regulations instead of our Constitution. Sher Zieve exposed this in one of her recent articles. Damn the U.S. Constitution, damn the American people and damn U.S. sovereignty.

We must send faxes, emails, and make calls to all congressman and demand they stop Obama’s perverted, extreme, and Unconstitutional abuse of Executive Orders. It is time to demand our elected leaders start protecting America, our sovereignty, and our Constitution. So far, they seem to be protecting the Obama – Marxist takeover plans…peppered with a little U.N. and Islam.
Posted by Diane Sori at 8:07 PM