Op-ed:
The debates...more important than the msm wants you to believe 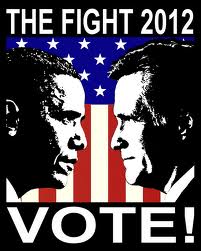 How important are the upcoming presidential debates really...

To me they’re very important because this is Mitt Romney’s chance to slam Obama on all fronts with something he knows nothing about...the truth!  He needs to sucker-punch Obama but good!

And while the main stream media keeps trying to convince ‘We the People’ that the debates really won’t affect the outcome of this presidential election I beg to differ, and point out that the debates were the turning point in the race between then President Jimmy Carter and Republican hopeful Ronald Reagan.

Reagan was trailing Carter by eight percentage points in late October 1980, and went on to win in a landslide because of his stellar debate performance during that campaign's one and only debate on Oct. 29th.

And so it shall be with Mitt Romney.

Romney is not only well prepared but he has the truth on his side.  And while the truth might NOT seem like it’s important in the onslaught of all Barack HUSSEIN Obama’s media sanctioned and approved lies, the bottom line is if Romney can win the first debate and move the current polls even a point or two back in his direction, it’s over.

Why...because we all know the polls are skewed to favor Obama as the simple fact is the pollsters all poll more Democrats than Republicans in order to ‘fix’ the numbers for Obama.  The truth, which obviously is NOT being told, is that Mitt Romney is actually ahead of Obama, and an obvious debate win would be hard pressed for even the media to cover-up with skewed numbers.

But for a clear cut debate win, Romney does need to stay focused on his strongest selling feature...his economic knowledge and experience.   Romney knows business...he knows how to create jobs and jump start failing businesses.  And while his 59-point economic plan (and more recently his five-point plan) is out there for all to see, he needs to talk about specifics at the debates, real detailed specifics including answering the most asked question of how he would pay for his proposed tax cuts.

Also, in my opinion, Romney needs to stand strong on his 47% so-called ‘misspeak,’ because you know the fact is he got it right when he said 47% will NEVER vote for him, just as a certain percentage will NEVER vote for Obama.  There is nothing wrong with stating a fact even if some don’t like it, but there is a lot wrong with NOT having the courage to stand by your convictions, and Romney, above all else, must appear strong and forceful in these debates.

Romney also needs to, in no uncertain terms, call Obama to task for his miserable Mid-East policies...policies and lies that led to the deaths of a US ambassador and US personnel.  He needs to really let into Obama for his unabashed allegiance to the enemy; for his continued stabbing of Israel in the back even as he put on his best phony Cheshire grin smirk before the Useless Nations saying that he stands with Israel (he doesn’t); for his continued insistence that sanctions and diplomacy will disarm Iran (it won’t); and for his major military tactical blunder of telling the enemy our timetable for withdrawal which caused countless new American military deaths and casualties.

Mitt Romney must show that he is a champion of the Constitution, our Second Amendment rights, and of freedom of speech, along with giving the American people his promise that the muslim brotherhood and their ilk will be expunged from all areas of our government.

And above all else Mitt Romney needs to prove that we are NOT better off today than we were four years ago.  He needs to counter Obama’s phony numbers with true numbers and statistics, quoting legitimate and respected sources if need be.  He needs to use his business savvy to show that under Barack HUSSEIN Obama our economy has stalled due to misdirected and unworkable policies, like the total and complete failure of a Stimulus Package that was forced down our throats, and that all the bailouts given are now coming back to bite us.  Romney needs to show the American people that the middle class, the very ones Obama is pandering to, will be the ones carrying the burden of the mother of all taxes...the dreaded ObamaCare.

Mitt Romney has to attack Obama and expose his economic Achilles heel by catching him off guard with facts, facts, and more facts showing that this economy will NOT revive unless there is a change in leadership, and that America’s standing in the world will NOT improve until there is that same change in leadership. Yet he surely knows that he cannot attack Obama personally while doing this, because he must be dutifully careful NOT to alienate any swing voters.

Is Romney up for this task...I believe he is and that he will deliver that knockout punch to Obama for Mitt Romney knows as well as we do that he is our last chance to save our beloved country from the grip of an egotistical, calculating, dictator wannabee.

A heavy burden to carry for sure but one that Mitt Romney will carry well.
Posted by Diane Sori at 12:08 AM