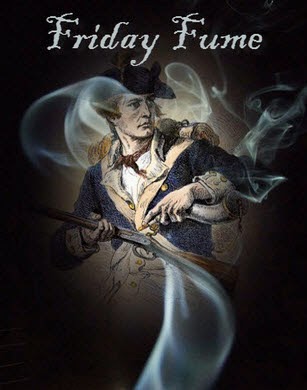 It seems like it SHOULD have been a short week, what with Memorial Day and all but…LIBERALS COULD MAKE A ONE CAR PARADE SEEM LIKE IT TAKES A MONTH OF SUNDAYS!!!

Not to worry though, we made it through and we’ve come to yet another Friday.

Let’s just jump into the deep end of liberal insanity shall we?
Friends and Patriots…

We have an URGENT update on the “MISSING” Malaysian Flight 370!!!!

Yes, I KNOW this has been covered ad nauseum …hell I’m ad NAUSEATED by it MYSELF but THIS is important and I feel COMPELLED to bring it to you.

I’m talking to the nerd or team of nerds who, no doubt, acquired taxpayer dollars to fund their research to build something called a…”Towed Pinger Locator”…It’s a thingy that gets towed behind a ship to listen for and locate the black boxes of flying machines that may well have become submersibles.

Within days of Flight 370 going missing…EVERYBODY just KNEW it went into the Indian Ocean so…they go and get the ”Towed Pinger Locator” and start dragging it around and VIOLA…they started hearing “PINGS!!!”

THEY CAME FROM THE DAMNED THINGY THEY WERE TOWING BEHIND THE SHIP!!! 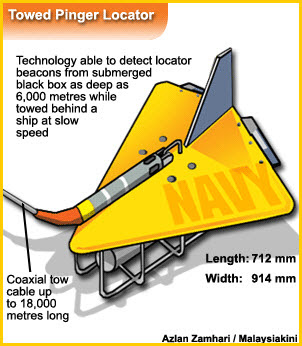 Yep…according to Michael Dean, the U.S. Navy’s deputy director of ocean engineering…“Our best theory at this point is that (the pings were) likely some sound produced by the ship … or within the electronics of the Towed Pinger Locator.”

I know nerds have a hard time getting dates and all but geez…a BLACK BOX is NOT going to COME TO YOU when it HEARS ITS MATING CALL!!!!!