Op-ed:
Praying with the enemy will NOT bring peace
By: Diane Sori

"Surely the vilest of animals in Allah's sight are those who disbelieve, then they would not believe." (Shakir: 8:55)

We had such high hopes for Pope Frances, the so-called 'People's Pope' but now our hopes have been dashed as islamic prayers and passages from the qur'an are echoing throughout the ancient halls of the Vatican.

Pope Francis, in trying to extend an olive branch to the Israeli's and the Palestinians, has actually slapped all people of the Christian faith in the face for these are the very people who are slaughtering Christians...slaughtering Catholics...throughout the Middle East and North Africa, and he's doing so by cow-towing to these people...people who are also outwardly calling for the annihilation of the Jewish of state of Israel.

And know that the head of the Holy Roman Catholic Church knows well the words of the qur'an ...knows of the hate spewed forth upon its pages...knows well that the qur'an promotes violence, hate, and war. And he knows that the qur'an calls for forced conversion of all Catholics to islam...and he knows that the qur'an speaks that all non-muslims are Qafir...non-believers. And Pope Frances very well knows that any and all who oppose islam are free game to be hunted down and slaughtered simply because the qur'an says so...commands so...and that there are 109 verses that call for muslims ...all muslims...to go to war with nonbelievers for the sake of islamic rule...and to do so in the name allah.

And his Holiness also knows that unlike the words of war in the Old Testament, the words in the qur'an do NOT relate to the historical context of the surrounding text, but are part of the NEVER changing ideology of islam...of allah...part of the hate and part of the 'supposed' justification for the killing.

Sura 9:5 sums up islam pretty well in one simple passage..."When the sacred months are over slay the idolaters wherever you find them. Arrest them, besiege them, and lie in ambush everywhere for them..."

And the Holy See knows all this yet he still allowed muslim prayers to defile the very seat of the Holy Roman Catholic Church, all while knowing that the Papacy should be about the Church and Church business alone, yet still hoping this prayer meeting of sorts...an interfaith outreach that will in the end prove to be anything but...would reopen a path to dialogue between these two now aged enemies.

Saying that, "Peacemaking calls for courage, much more so than warfare. It calls for the courage to say yes to encounter and no to conflict; yes to dialogue and no to violence; yes to negotiations and no to hostilities," Pope Francis is more than a bit naive for there is NO way to make peace with a people whose very foundation is built upon taqiyya...the art of lying to advance all things islam.

And while this Vatican dog-and-pony show was playing out for the world to see with Israeli President Shimon Peres and his Palestinian counterpart Mohmoud Abbas in attendance...and with them sitting amongst the cardinals, rabbis, and imans...one most notable of men was NOT present and rightfully so as Israeli Prime Minister Benjamin Netanyahu...the last of the world's great statesmen...stood by his word to NEVER negotiate with those wishing Israel's destruction. And Israel's destruction is the Palestinian's true goal as witnessed last Monday when Abbas himself sworn Hamas islamists into his 'so-called' Palestinian unity government.

And the Pope knew this and still had islamic prayers defiling the sanctity of the Catholic Church.

So while he hopes these prayers said from anything but the heart can help end the “eternal negotiations” and will lead to peace, some very important tenets of islam truly seem lost on this man ...tenets that show that peace CANNOT be achieved though the simplicity of prayer.

Witness verse 3:85 from the qur'an, "And whoever desires other than Islam as religion - never will it be accepted from him, and he, in the Hereafter, will be among the losers."

In other words NO other religion but islam will be accepted into allah's purported paradise.

Words of death and NOTHING more, and verses like this...words of warfare literal in their meaning ...encompass the whole of the qur'an and the Pope knows it and yet he thinks praying together will solve centuries of islamic hate and terror.

And least he forget Sura 9:33, "He is the One who sent His messenger with the guidance and the religion of truth, and will make it dominate all religions, in spite of the idol worshipers," with its meaning of islam will dominate all...will dominate the world's religions in spite of the wishes and wants of the Holy Roman Catholic Church. And lest Pope Francis forget that if he turns his back on them his holy head will roll to the floor.

And so Pope Francis, with all due respect, is so misguided in his path for he should NOT be embracing the Palestinians as they are NOT people of peace, but he should embrace the Jewish people because from the Jewish people...from Israel...sprung the Lord and Savior Jesus Christ. 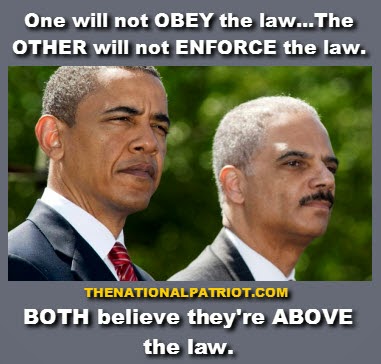 As many of you know my RIGHT SIDE PATRIOT partner and friend, Craig Andresen, is in facebook jail until June 26th, so I have been posting his articles for him. Please click this link: http://www.thenationalpatriot.com/2014/06/08/amnesty-alinskys-rules-obamas-game/ to go directly to Craig's blog 'The National Patriot' to read his newest article.

As we continue to work towards forcing this regime to answer to 'We the People' for high crimes and misdemeanors, we ask that you SIGN AND SHARE OUR PETITION BY CLICKING HERE... https://www.change.org/petitions/sen-ted-cruz-impeach-and-arrest-barack-hussein-obama-on-the-grounds-of-aiding-and-abetting-the-enemy-as-per-18-u-s-code-2339a