Op-ed:
Having the Mindset of a Terrorist
By: Diane Sori and Craig Andresen / Right Side Patriots on CPR Worldwide Media 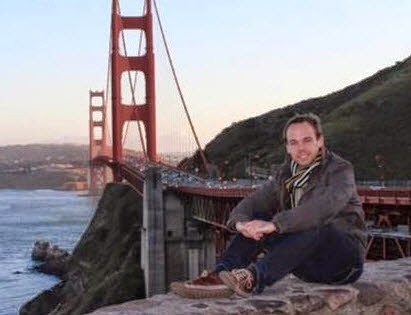 Having pre-planned to take Germanwings flight 4U9525 down, 28-year-old German-national co-pilot Andreas Lubitz,...who had but 630 hours of flying experience compared with the 6,000 hours of Flight Captain Patrick Sonderheimer...slammed the Airbus A320 into the French Alps after locking himself in the cockpit.

Going 700 kilometers per hour (approximately 430+ mph) shattering the plane into small pieces causing instantaneous death, the recovered transcript of the last 30 minutes tells the story of a deliberate act of what is claimed to be suicide but what we know logic dictates is terrorism...maybe not islamic terrorism but terrorism nevertheless. In fact, being that Obama rushed to say this was not terrorism immediately after the crash has logic once again dictating that if Obama says something is not terrorism it most assuredly is terrorism.

Providing definitive proof that the plane did not explode in mid-air and did not suffer a classic decompression situation, the audio transcript shows that in the first 20 minutes of the flight the pilots talked normally and conversationally to each other like any pilots would do during a flight, and then Captain Sonderheimer asks co-pilot Andreas Lubitz to take over (its assumed the pilot went to the bathroom), and the sound of a chair being pushed back and a door closing can be heard. It was at this point that an opportunity arose where Lubitz could commit his pre-planned act that took the plane down...that is manually pressing the buttons to reset the flight monitoring system to start the descent of the plane...a descent that went from 38,000 ft to 100 ft in less than ten minutes.

When Sonderheimer returned and found the door locked, he started to first knock gently, then began pounding on the door when Lubitz refused to open it. The question is why didn't Sonderheimer use the outside override system and punch in the emergency code to open said door or if he did logic would then say that Lubitz deliberately blocked the door with something preventing its opening.

The audio file...extracted from the cockpit voice recorder at the crash site...contains 'voices and sounds' from the cockpit that can be heard right up until the moment of impact contradicting the original report that claimed there was silence for a full ten minutes before impact. And with investigators unwilling to give any more information to the public at this point in time, some reports coming out of Europe are saying that the words “I rely on God” can be heard on the cockpit voice recorder...and quite coincidentally the sites reporting this have either been archived or taken down...leading one to believe the actions of co-pilot Andreas Lubitz to be eerily similar to the crash of EgyptAir Flight 990, off the coast of New England on October 31, 1999.

Gamil el-Batouty was the co-pilot on that flight and he was in the process of losing his job for a string of misconducts when, shortly after taking off from JFK, el-Batouty, who was to have flown the second half of the flight to Cairo, entered the flight deck and ordered the First Officer out of his seat.

That was when el-Batouty took the controls and uttered, for the first of seven times, “I rely on God,” as he immediately put the plane into a nose-dive. Also on board that flight was Hatem Rushdy, the chief of EgyptAir's Boeing 767 pilot group who then forced his way onto the flight deck, demanding to know what el-Batouty was doing and wrested the controls away from the co-pilot.

From the voice recorder Rushdy could be heard in a desperate struggle with el-Batouty..."What is this? Did you shut the engines? Pull with me! Pull with me!" with Rushdy managing to pull the plane back to 24,000 feet just as el-Batouty cut the fuel to the engines...stalling them and sending the plane into the Atlantic ocean as he continued to repeat..."I rely on God.”

All 217 people on board EgyptAir 990 were killed included 100 Americans.

What we are beginning to recognize here is a pattern nobody else seems to be putting together. After 9/11, the oft repeated statement that what happened that horrific day was the first time aircraft had been used to commit mass murder...as previously acts of terrorism involving planes had always centered around hijackings...obviously failing to take into account the EgyptAir 990 event in 1999 which was designated a suicide.

There was also the case of the LAM Mozambique Airlines crash in November of 2013, when the co-pilot left the flight deck to use the restroom and the pilot locked the door, took that plane off of autopilot, and entered the maximum airspeed the craft was capable of, putting the plane into a nosedive. On that voice recorder...the sound of someone banging on the door, attempting to regain entry, could clearly be heard.

All 27 passengers and six crew members on board LAM Mozambique Airlines Flight 470 were killed and the only reason given for that was...suicide.

And on December 19, 1997, more than 100 people were killed when a Boeing 737 traveling from Indonesia to Singapore crashed. The pilot who was suffering from 'multiple work-related difficulties' was suspected of switching off the flight recorders and intentionally putting the plane into a dive.

And now...Germanwings 4U9525 is being called a suicide. And here is yet another curious thing which must not be overlooked...excuses have been given for each of these 'supposed' suicides and it is really starting to have the hallmarks of a cover up. EgyptAir where the co-pilot was seeking revenge for being relieved of his duty over his own misconduct....LAM Mozambique Airlines Flight 470 with the pilot supposedly being depressed over the loss of his son more than a year prior along with having marital issues...the Boeing 737 crash where the pilot had 'work-related difficulties...and now in the case of the Germanwing crash...suicide is again being cited because Andreas Lubitz suffered a bout of depression during his early 20's.

Depression...perhaps a simple case of burnout for according to the mother of one of Lubitz’s pilot-training classmates Lubitz took a break from his training back in 2008 (at a Lufthansa facility called Airline Training Center Arizona) due to what he, Lubitz, deemed to be depression, however, the woman said her daughter had seen Lubitz again late last year and he seemed to be fine. In fact, this same observation was also made by Carsten Spohr, the CEO of the parent company of Germanwings, who said that Lubitz took and passed all necessary technical and psychological exams and was “100% fit to fly,” carefully reiterating again that Germanwings air crews are subjected to strenuous psychological vetting.

This translates into Lubitz being cleared of mental issues, thus the scenario of suicide is most unlikely.

Most unlikely...especially since The Federal Aviation Administration (FAA) recognized 28-year old Andreas Guenter Lubitz with inclusion in the prestigious FAA Airmen Certification Database. This database, appearing on the agency's website at www.faa.gov names Lubitz and other certified pilots who have met or exceeded the high educational, licensing and medical standards established by the FAA.

Simply, this was no suicide...it was mass murder...and that brings us back to what we have suspected since day one...terrorism...for remember terrorists are indeed nothing but murderers.

And isn't it odd that right after the crash Lubitz's Facebook page...one showing the active lifestyle of a runner with an interest in pop music...was taken down and now a few days later is up again but appears to have been 'sanitized' to only include five photos and the heading 'Remembering Andreas Lubitz'...translation: what are they trying to hide. In fact, Facebook will not verify if this is even a legitimate page. 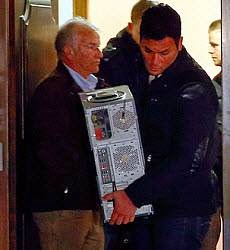 So here is what we’re being asked to believe....a 28-year old international pilot...who dreamed since he was 14 of being a pilot...one who flies to some of the most sought after places on earth and is single perhaps having a girlfriend...and who’s entire adult life has been surrounded by social media has only five mundane photos and no other posts on his Facebook Page with the newest having been posted on October 5, 2014. Obviously, something isn’t adding up here...perhaps photos were taken down of places he had traveled to...or 'beliefs' he held...and that cannot be found out until his personal computers are gone through by the experts... and these computers are now in police custody.

Also, last night investigators raided Lubitz’s flat and stated, "We have found something which will now be taken for tests. We cannot say what it is at the moment but it may be a very significant clue to what has happened. We hope it may give some explanations." However, they made it clear that what they discovered was not a suicide note.

Not a suicide note but that still brings us back to terrorism.

Terrorism...the word automatically brings to mind islamic terrorists but mass murder in and of itself is terrorism, as one thing all forms of terrorism have in common is that it is pre-planned and coolly, calculatingly, and calmly carried out. Remember, the flight recorders have Lubitz breathing calmly right up until the moment of impact, and that would only happen in someone who was focused on the task at hand and who knew exactly what they intended to do.

Remember too, there are gaps in Lubitz's time frame, including when he dropped out of flight school and then re-entered to his finally joining Germanwings in 2013.

So regardless of any ideological affiliations which may come to light, regardless of religion, Andreas Lubitz...to do what he did and do it as calmly as he reportedly did it...committed mass murder as would a suicide bomber...taking his own life and those of the 149 innocent people in his proximity...and he must have played this final scenario out in his own mind time and time again for years and therefore, Lubitz exhibited one very clear trait...the mindset of a terrorist.
Posted by Diane Sori at 12:00 AM