Oh dear...the Democrat-Socialist left is at it again as they're foolishly playing yet another round of “gotcha” with President Trump...guess they didn't learn their lesson with the Mueller Report and their cry for impeachment, which both thankfully were “shot to hell.” And the key player in this, their latest reincarnation of overt political skullduggery, is the uber liberal New York Times who this past Monday first reported in an article titled “Long-Concealed Records Show Trump’s Chronic Losses and Years of Tax Avoidance” that Donald J. Trump paid no federal income taxes for 10 out of the past 15 years due to his reporting losses greater than what he made, and that he only paid $750 to the federal government “the year he won the presidency” and “in his first year in the White House.”

But what the authors failed to mention in the article is that in the years stated the tax code Trump paid on was the very tax code Obama and Biden had set into place...the very tax code he rightfully used to his advantage as all savvy businessmen would do.

Seems like the left never learns for President Trump did not and will not take these or any other false accusations...fake news personified...lying down...nor should he for this is just another in a long succession of smear campaigns leading up to the election...an election the Democrats know they cannot win without unabashed, media not reporting on voter fraud being committed.

And this latest brouhaha over President Trump's tax returns...returns still being dogged down under a seemingly unending audit by the IRS...goes way back to when private citizen Donald J. Trump first announced his candidacy for president for how dare he even try to run against Obama's personally chosen, defacto third term in office, puppet-string pulled candidate Hillary Rodham Clinton...and to do so as a Republican to boot. And this zeroing in on his personal finances has remained an ongoing point of contention for Democrats no matter the fact that no candidate for president is legally required to release their personal tax forms for any given year nor does the IRS have the legal right to release those forms to the public. And besides, whether Democrats like it or not President Trump has the same constitutionally given right to privacy regarding his personal tax returns that “We the People” have with ours...what with private information being protected by law from unauthorized disclosure.

Besides, President Trump did file when first running for president and he did so again as he's running for reelection, the Federal Election Commission's legally required 104 page “Personal Financial Disclosure” form...a form that while it shows his having investments in more than 550 different “entities” plus income from hundreds of different sources, said form rightfully does not show Trump's personal income nor does he have to swear it to be accurate under penalty of perjury. And yet the Democrats still seem to ignore the very fact that this disclosure form is quite different than one's personal tax returns...returns which while they do not include ones actual personal net worth still must include certain what's considered to be personal information...information such as one's personal income, taxes paid as well as the corresponding tax rate, deductions along with credits claimed, debts claimed, offshore assets, and charitable donations just to name a few, Also seemingly forgotten is that these returns are fully protected by law from unauthorized disclosure by the IRS except to personally “authorized agencies and individuals” that is.

In more simplistic terms...it's none of the Democrats damn business nor anyone else's business for that matter as to what President Trump's personal wealth is or what he does or does not pay in his personal taxes.

And so when this article concerning President Trump's tax forms was published this past Monday, Trump said during his daily press briefing that the claims reported in the article were “totally made up.” And I believe him for the article's authors tried to portray our president as a shady businessman who takes in hundreds of millions of dollars a year in earnings yet they claim racks up “chronic losses,” and that he “aggressively employs” personnel simply to avoid paying taxes. And this article went on to state that with “financial challenges mounting,” the supposed records they secured show that Trump depends more and more on making money from businesses that put him in “potential and often direct conflict of interest with his job as president,” yet none of those businesses were specifically named nor was the conflict they supposedly posed.

So now we're left with fighting words for what these shamefully lying reporters do not say is that Donald J. Trump divested himself from most, if not all, of his private business dealings and holdings when first running for president so as to avoid any and all appearances of improprieties, and that he actually has no taxable income since becoming president because he has donated the sum total of his presidential salary to a number of different charitable organizations. In other words, President Trump is actually working pro-bono for both love of country and to better the life of “We the American People." 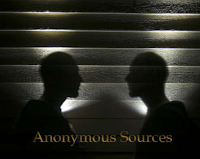 But even these facts given cannot change the reality that the New York Times article is based solely upon lies and hearsay courtesy of “anonymous sources” the paper, as expected, refuses to disclose... “anonymous sources” who of course must be protected at all costs or so they say...“anonymous sources” who claim without any proof given that President Trump is personally responsible for debt and loans worth $421 million, and that said bill is soon coming due. And the article's authors also refuse to show Trump's attorneys any of the documents they claim to have in their possession...documents they alone say can substantiate their claims. Translation: without seeing any tangible proof first hand there really is no credibility whatsoever to the article's claims.

And as expected and rightfully so, Trump's people are fighting back against this latest smear campaign specifically timed to take the magnifying glass off “dementia” Joe Biden and put it back onto Donald Trump. One case in point, as per Alan Garten, a Trump Organization attorney, President Trump "has paid tens of millions of dollars in personal taxes to the federal government, including paying millions in personal taxes since announcing his candidacy in 2015”...something I do believe. And that figure does not even include the taxes he paid to the state of New York nor to New York City...both some of the highest taxed areas in the country.

In fact, the truth is that President Trump not only paid to the U.S. Treasury, $1 million in 2016 and $4.2 million in 2017, but that most all of what's referred to as “over-payment” was rolled forward not...I repeat...not...refunded. And the $750 figure the New York Times article cites refers to an additional $750. Translation: every report saying that Trump paid only $750 in taxes during the years in question is unabashedly lying.

And the article's authors go even one step further into what I believe might actually meet the legal definition of “defamation of character” in regards to its alluding that President Trump was involved in questionable if not illegal dealings. And here I quote the authors, “Trump’s elaborate dance and defiance (this in regards to releasing his tax forms) have only stoked suspicion about what secrets might lie hidden in his taxes. Is there a financial clue to his deference to Russia and its president, Vladimir V. Putin? Did he write off as a business expense the hush-money payment to the pornographic film star Stormy Daniels in the days before the 2016 election? Did a covert source of money feed his frenzy of acquisition that began in the mid-2000s?" 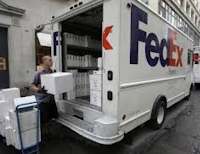 Now here I have an important question for these three New York Times reporters...instead of you writing politically motivated untruths about our president why don't you write an article on the documented fact that your paper actually paid zero...yes...zero...federal income tax in 2017 on earnings of $111 million dollars. In fact, it's actually worse than that for according to Trump supporter and FedEx Founder and CEO Frederick W. Smith, whose company the New York Times wrote a scathing untruthful hit piece on, Smith issued not only a rebuttal but challenged the paper’s publisher and business editor to a debate about federal tax policy...which of course they refused then and still refuse now to do.

As per an article titled, “The New York Times shrugs off FedEx CEO’s ‘colorful’ challenge to a tax policy debate” and in Smith's own words,“[T]he New York Times paid zero federal income tax in 2017 on earnings of $111 million, and only $30 million in 2018—18% of their pretax book income. Also in 2018 the New York Times cut their capital investments nearly in half to $57 million, which equates to a rounding error when compared to the $6 billion of capital that FedEx invested in the U.S. economy during that same year.”

And I have one more question for these politically agenda driven reporters...why don't you instead of trying to defame and discredit our duly elected president write an in-depth expose on multi-billionaire Jeff Bezos...the man whose main company, AMAZON, amassed a staggering $232.9 billion in global revenue in 2018, and yet paid $0...yes $0...in taxes for the then second year in a row, and who still received a federal tax refund of $129 million in 2019. And while Bezo's did indeed have savvy tax attorneys who knew how to use the system to their advantage by legally securing a combination of tax credits, deductions, and loopholes to bring said tax bill down to zero, and even while AMAZON is this year paying taxes, that still doesn't make it right no matter that AMAZON spokespeople say they are “fulfilling the obligations that are legally required” and that they “follow all applicable federal and state tax laws."

That would make a way more interesting article to most folks still wheeling from the economic fallout from the Chinese caused COVID-19 pandemic than the New York Times overtly partisan driven vitriol that even a blind could see was nothing but a cleverly crafted hit piece to try and further discredit President Trump in the few weeks remaining before the election. After all, to Democrats grasping at straws, any and all lies told are more newsworthy and hence vote garnering than truth simply being omitted could ever be.

Tomorrow, Friday, October 2nd from 7 to 9pm EST, RIGHT SIDE PATRIOTS Craig Andresen and Diane Sori discuss 'Democrats Grasping at Straws'; 'Revolution, Revenge and a Reckoning', and important news of the day.

Hope you can tune in to RIGHT SIDE PATRIOTS on our newly launched website rspradio1.com. Click 'LISTEN LIVE' starting at 6:50 pm EST with the show beginning at 7pm EST.