Obama needs to stop bloviating on things he knows nothing about!

By: Kevin "Coach" Collins / The Western center for Journalism 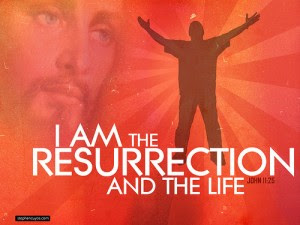 Photo credit: Fr. Stephen, MSC (Creative Commons)
Maybe somebody should call Father Jenkins at Notre Dame and ask him to teach his pal Barack a bit about the religious doctrines Obama professes to believe.

Last Wednesday at a White House Prayer Breakfast Barack Obama took his plan to redesign Christian doctrine up a notch. To the stunned amazement of onlookers Obama the Muslim trained and educated president challenged the divinity of Jesus Christ. Of course he thought he was clever with his sop to Islam and his “finger in the eye” pronouncement, but his remarks leave no doubt about his continuing hostility toward the biggest obstacle to Islam’s world domination: Roman Catholicism.

Comparing himself to Jesus Christ, Obama told his audience, “For like us, Jesus knew doubt. Like us, Jesus knew fear. In the garden of Gethsemane, with attackers closing in around him, Jesus told His disciples, ‘my soul is overwhelmed with sorrow to the point of death. We all have experiences that shake our faith. There are times where we have questions for God’s plan relative to us. But that’s precisely when we should remember Christ’s own doubts and eventually his own triumph.”

A professor of theology at a Catholic – Catholic university (as opposed to the fake “Catholic” universities) commented on Obama’s remarks saying, “My question is what would He be doubting? Would He be doubting the Father’s care and merciful love? Is He doubting the value of his mission? I don’t think there is any real context that I could understand to say Jesus doubted.”

Keeping in mind that Muslims don’t believe Jesus was divine makes sense of these remarks. Obama was obviously projecting his own “doubts” about who Jesus was and not complimenting Jesus.

An associate professor of biblical studies at a Baptist Seminary said he too believes Barack Hussein Obama was wrong by ascribing doubt to Jesus. He pointed out that the Bible does not say Jesus who is God had any doubts. But why would Obama know that?

Given the warm welcome Obama received when he spoke at a Notre Dame commencement ceremony in 2009 maybe his friend at Our Lady’s University Father John Jenkins ought to coach him a bit. Then maybe he can give Obama an honorary Doctor of Divinity degree at this year’s commencement.
Posted by Diane Sori at 2:08 PM