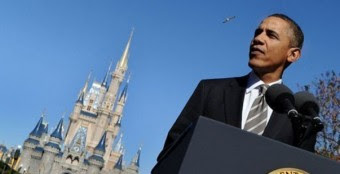 TALLAHASSEE, Florida – WND-TV will provide gavel-to-gavel, live video coverage Monday morning at 9 a.m. of the latest challenge to Barack Obama’s constitutional eligibility in a courtroom hearing that could deny him ballot access to this all-important electoral swing state in November.

Judge Terry Lewis, best known for presiding over the 2000 Bush v. Gore election dispute, will consider arguments from attorney Larry Klayman and attorneys for the Obama campaign. The hearing will focus on Obama’s claim to be a “natural born citizen,”” as required under Article 2, Section 1 of the Constitution.

Lewis is credited with making crucial rulings in the contested 2000 presidential election, when ultimately a Florida vote recount was halted by the U.S. Supreme Court and George W. Bush was declared the winner.

WND-TV has been designated by the court as the official pool TV service providing all other TV stations and networks with feeds.

Klayman’s law firm filed the challenge to Obama’s name on the ballot on behalf of Michael Voeltz, “a registered member of the Democrat Party, voter, and taxpayer in Broward County, who was an eligible elector for the Florida Primary of Jan. 31, 2012.”

Klayman’s work is being supported by the Constitution Action Fund, a non-profit raising money for the legal challenge.

Klayman told WND that during a hearing last month on discovery issues in the case, Lewis noted that the plaintiff’s brief cited U.S. Supreme Court case Minor v. Happersett from 1875 defining “natural born citizen” as the offspring of two citizens of the nation, while the Obama campaign’s arguments provided no citations.

The definition of the term is critical. Such a step has not been reached in any of the more than 100 legal cases that have been brought over Obama’s eligibility since before his election in 2008.

The U.S. Constitution imposes a special citizenship status requirement on occupants of the Oval Office. The “natural born citizen” requirement is not imposed on other federal officials. From the writings of the Founders, its apparent aim was to ensure that no person who had divided loyalties – to the United States and any other nation – would serve as commander in chief.

Klayman has argued that since Obama, by his own admission, was not born to two citizen parents, he is not a “natural born citizen” and, therefore, is ineligible to be a candidate on the state’s election ballot.

Florida’s election statutes provide broad protections for voters to ensure that the integrity of the election system is beyond reproach. One of the laws allows voters to challenge the nomination of a candidate who is not eligible for the office he is seeking.

“Obama’s briefs [said] it would be an undue burden and expense to have discovery,” Klayman said.

The judge said he wanted Obama’s representatives to cite the “authority” on which they based their argument that it isn’t necessary to have two citizen parents to be a natural-born citizen.

WND earlier reported on the case, which raises some of the same issues that have been raised in other state ballot challenges across the nation. Specifically it alleges:

“On or about April 2011, only after years into his presidency, and under media and political pressure, Barack Hussein Obama published on the Internet an electronic version of a purported birth certificate alleging his birth in Honolulu, Hawaii on August 4, 1961, to American citizen mother, Stanley Ann Dunham, and Kenyan British subject father, Barack Obama Senior.

“There is credible evidence indicating that this electronically produced birth certificate is entirely fraudulent or otherwise altered. No physical, paper copy of the actual long form birth certificate has been produced in order to definitively establish Barack Hussein Obama’s birth within the United States.”

The action follows by weeks the release of Sheriff Joe Arpaio’s investigation into Obama’s antecedents. The six-month-long investigation done by professional law enforcement officers working on a volunteer basis for Arpaio’s Cold Case Posse found that there is probable cause to believe there was forgery involved in the production of Obama’s birth certificate, and fraud in presenting that document as a genuine document.

The plaintiff has submitted affidavits from Arpaio and others to support their claim.

The case explains that even if Barack Hussein Obama was born within the United States, he is still not a “natural-born citizen” as required by the U.S. Constitution. That’s because, “Barack Obama Sr. was born in the British Colony of Kenya on June 18, 1936. Birth in Kenya made Barack Obama Sr. a British subject, according to and governed by the British Nationality Act of 1948.”

Sign up now to get access to WND-TV’s special free, live-stream page prior to the hearing.
Posted by Diane Sori at 11:25 PM