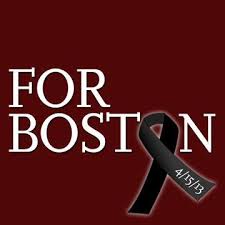 Furious...you're damn right I'm furious as the federal government refuses to declare Dzhokhar Tsarnaev an 'enemy combatant.'
Of course they wouldn't...that would be admitting that one of the brethren was a jihadist and we know Barack HUSSEIN Obama, who even has trouble saying the words 'muslim terrorists,' would NEVER allow this...I should say Obama and his muslim sympathizing cohorts Chuck Hagel and John Brennan would NEVER allow this.
Instead, Dzhokhar Tsarnaev was charged, in an affidavit giving NO motive for the bombing, in a criminal complaint filed in the US District Court for the District of Massachusetts, with one count of using and conspiring to use a weapon of mass destruction against persons and property within the United States resulting in death, and one count of malicious destruction of property by means of a weapon of mass destruction resulting in death.  Uh, excuse me but there were two bombs NOT one...how about two counts on each charge being brought against him.

Oooops, how can I forget...must protect the brethren.

The charges presented, however, are capital charges under federal statutes and therefore carry the maximum penalty of death, but you know as well as I do that that will NEVER happen, because there's already talk that Tsarnaev's age could be a mitigating factor in his final sentencing.

His age...how about the age of little eight year old Martin Richard killed and his six year old sister maimed for life...how about our children, younger than him...18-year olds sent off to see and live the horrors of war caused by these bast*rds...but NO...lets coddle the terrorist by all means.

It's enough to make me want to puke.

And isn't it odd that NO counts are being brought against him for the first degree MURDER of MIT police officer Sean Collier and the critically wounding of transit officer Richard Donohue, who thankfully will survive.


But aren't we lucky that US Attorney General Eric Holder says the investigation is still on-going and maybe down the road those charges will be added. Lets see...Collier is dead and Donohue lies critically injured but hey, under this administration their lives apparently mean nothing.

And Eric 'Fast & Furious' Holder then had the audacity to say "Although our investigation is ongoing, today's charges bring a successful end to a tragic week for the city of Boston, and for our country."

Placating them includes NOT charging this miserable young man as an 'enemy combatant' for this administration claims Dzhokhar Tsarnaev doesn't fit the term 'enemy combatant' because, as of yet, they can't tie him to al-Qaeda or another terrorist group. But I say bullsh*t for this young man and his brother brought the war to our shores...the MUSLIM initiated war on those who refuse to cow-tow to the phony pseudo-god allah and the political system hiding behind the guise of calling itself a religion...islam.

And now we have Obama mouthpiece Jay Carney rubbing salt into the still open wounds even more by bloviating, "He will NOT be treated as an enemy combatant...we will prosecute this terrorist (even he can't say the words, 'MUSLIM terrorist') through civilian system of justice. Under US law, United States citizens cannot be tried in military commissions."

Dzhokhar Tsarnaev is a naturalized US citizen...naturalized on September 12, 2012.

But I beg to differ as sometimes the designation 'enemy combatant' is indeed used against terrorists...even terrorist that are US citizens. The Supreme Court in Ex parte Quirin, 317 U.S. 1, 37-38 (1942): “Citizens who associate themselves with the military arm of the enemy government, and with its aid, guidance and direction enter this country bent on hostile acts are enemy belligerents within the meaning of the Hague Convention and the law of war.”

The two brothers most definitely meet this criteria as older brother Tamerlan went back to Chechnya, where it's believed he received terrorist training from al-Qaeda operatives, and we are indeed at war with al-Qaeda, and he indeed came back here hell bent on committing hostile acts against the people of the United States with Dzhokhar in tow.

The authority to detain enemy combatants comes from Article II of the Constitution, and the President has unquestioned authority to detain 'enemy combatants' including those who are US citizens, during wartime...and we are at war...the war on terror whether Barack HUSSEIN Obama cares to admit it or NOT and we are still engaged in war in Afghanistan, and still pulling out of the Iraq theater of war.

And being that the bombings were inspired by radical islamic ideology, it was critical that Tsarnaev be charged under 'the rules of war' so he could be handed over to US intelligence for questioning as an 'enemy combatant' even if he wasn't charged in a military court. That would have allowed authorities to take their time interrogating him. After all, he might know about future attacks or terrorist organizations that may be operating on our soil.

So why NOT that designation...because that would implicate more of the brethren and that could NOT be allowed by this administration, especially after the FBI screw-up with older brother Tamerlan...so into the civilian justice system this case goes.

The civilian system of justice...what a joke and what an insult to those killed, their families, and those maimed for life. Our civilian system where criminals get released and the innocent wallow in prison for crimes they didn't commit.

And as expected, Dzhokhar Tsarnaev, after being read his Miranda rights (the right to remain silent), was assigned federal public defenders but don't think for a minute that bleeding heart liberal lawyers, trying to capitalize of this horrendous act of war to make a name for themselves, won't be fighting tooth and nail to see who will get 'the honor' of painting Tsarnaev as the victim and the victims as merely unfortunates being in the wrong place at the wrong time. And all the 'prison groupies' will be out in full force yelling that the death penalty is inhumane...all the while forgetting the inhumane acts of terror the two brothers committed.

A probable cause hearing has been scheduled for May 30 in US District Court...and so the whitewashing and cover-up of the Boston Marathon Bombing begins.
Posted by Diane Sori at 12:03 AM