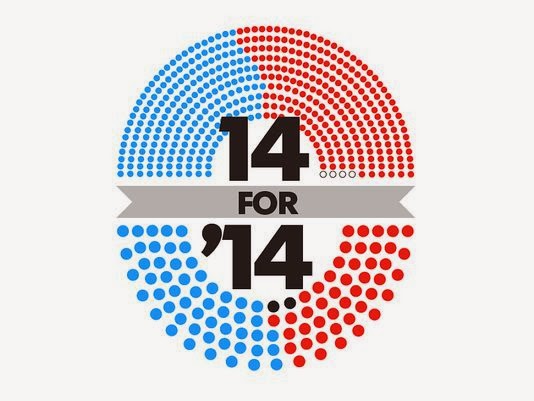 ObamaCare, the NSA, Benghazi...it does get tiring hearing about them after awhile I know, but these issues must remain in the forefront as we head into the mid-term elections, for these issues are just the things that might turn Congress around...painting it RED in both Houses.

These issues...scandals some call them...MUST be talked about every chance we get because they go to the very core of what's wrong with the Obama administration and they all have one thing in common...LIES.  But sadly, in the case of Benghazi four Americans who did NOT have to die...did die...and one of them, Ambassador Christopher Stevens...died from unspeakable torture all because of Barack HUSSEIN Obama's LIES.

First issue, ObamaCare...the gift that keeps on giving...a gift from hell we can all do without as ObamaCare's very concept was based on the LIE that Barack HUSSEIN Obama wanted to provide 'affordable' health insurance to those Americans who were without health insurance.  But as we sadly found out, millions who had health insurance lost said insurance simply because what their policies stipulated did NOT meet what the 'anointed one' deemed to be what they must have. 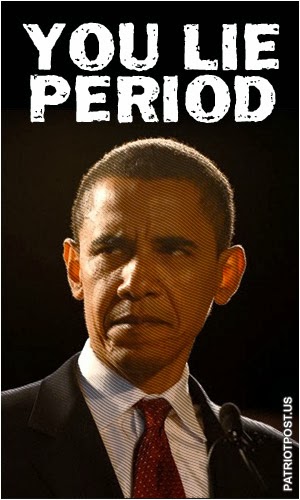 And the words spewed that 'we could keep our insurance if we liked our insurance' was NO misspeak (as the alphabet tries to claim in their covering-up for Obama) as keeping our insurance would be counter to the very premise of ObamaCare ...as in screw the middle class because if the 'sponges' are taken care of they'll stay loyal to the party...as in the all important votes.  Losing our insurance was critical if ObamaCare was to work, because it needed those privately insurance to be forced out of their plans and onto the exchanges, as their money would make up for the older, less healthy people who would flood the exchanges.

And remember, the very idea of there being millions of uninsured Americans is a misnomer in and of itself as the so-called 'uninsured'...whether LEGAL or ILLEGAL...can walk into any emergency room in this country and get treated.  And what they're being treated for does NOT have to be what we normally think constitutes an emergency for many use the emergency room as their 'doctor' per se, and they are NOT turned away. They might have to wait for hours but they do get seen and they pay little or NOTHING for said treatment...and it's we taxpayers who pick up their tab.

And if truth be told there was a simple solution if insurance coverage was what Obama really wanted to replace expensive to reimburse emergency room visits and to actually insure the uninsured.  All that had to be done was to set up a special plan for those people who had NO insurance without touching what was in place for those who did.  A program similar to what Florida did to cover those who lost their insurance when major companies pulled out of the state after Hurricanes Andrew and Wilma could have been followed.  Those uninsured folks were taken into the state run plan (Citizens Insurance) and were offered coverage they could afford for what they wanted covered...simple concept that could easily be tweaked to apply to health insurance.

But when insuring people fairly was NEVER the plan to begin with, what you get is ObamaCare ...an anything but affordable LIE...set up to fail from the start so Obama could get what he always wanted...a single-payer health care system where we would all be beholden to the government for our medical needs... including being told when it's time for us to die.

And this leads to issue two...the NSA spying on 'We the People.'  Obama's claiming this is for our safety and protection...for national security...is an outright LIE as it's NOT we everyday Americans who pose a threat to our national security...it's Obama's muslim brethren who do...period.


And all the data mining done on 'We the People'...whether through garnering our phone calls, e-mails, or text messages...was done in violation of our Fourth Amendment rights.  And just like all the groping done by the TSA on we Americans has resulted in NO terrorists trying to board our planes, the same goes for all the NSA spying because 'We the People' are NOT the terrorists.  So all this 'political correctness' nonsense done just so NOT to step on muslim toes...toes that make up only 2% of our population...needs to stop for the simple fact is that 98% of all terrorist acts committed here in America and worldwide are done by muslims...a fact Obama knows damn well...a fact he deliberately chooses to ignore for muslim blood courses through his veins. 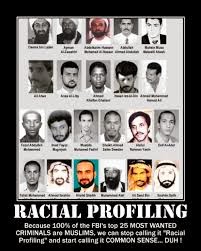 And if Obama really wanted to keep us safe...which it seems he doesn't...there really is a simple way to do it...bring back racial profiling.  YES...racial profiling for if one is innocent one has NOTHING to hide or fear even if they are profiled.  But the bleeding heart liberals and the likes of the ACLU would rather protect the rights of the guilty than protect the rights of the innocent to be safe from the guilty.


The NSA does have a purpose but when they overstep their bounds...when they knowingly violate the Constitutional rights of the American people by doing the bidding of a man whose loyalties lie with Americas enemies...they must be called to task just as the man who ordered them to do what they do must be, for what they're doing is based upon a LIE of who does and who does NOT pose a danger to our country.


Remember the NSA spying on 'We the People' come mid-term election day.

And the third issue...Benghazi.  Benghazi...NO mere words I say can convey the horrors four brave Americans faced as this most miserable of presidents watched them being slaughtered in real-time and then bold-faced LIED over and over as to why they died.  We all know the rhetoric by now about a YouTube video being the cause....knowing it was a LIE from the moment those words spewed from the mouth of the man who (I believe) was indirectly complicit in their deaths...by the only man who could have issued the 'stand down' order NOT to have any of our troops go in to try and rescue them...and them make up excuses and LIES about there being NO time to do so.

Barack HUSSEIN Obama and his cohort in crime, Hillary 'What Does It Matter' Clinton, must answer for Benghazi...the crime of all crimes for Benghazi runs the gamut of gun running to the enemy, murder, cover-ups, LIES, and treason...and must be called to task and forced to speak the truth about what happened that fateful night...and then they can be led off in handcuffs to GITMO...the prison Obama turned into a country club for muslim terrorists and their sympathizers...as they'll both feel right at home there.

Remember Benghazi come mid-term election day for only if

Barack HUSSEIN Obama is rendered politically impotent on that day by us turning Congress red...can he do NO more harm to our beloved America, to 'We the People', and to our troops fighting to keep us safe and free at home.  And only than can the ghosts of Christopher Stevens, Sean Smith, Tyrone Woods, and Glen Doherty forever Rest in Peace.

So while I know some are tired of hearing about ObamaCare, the NSA, and Benghazi we cannot allow these most important of issues to fade from the public consciousness, because if we do complacency will once again set in, and if you think 2012 was a nightmare 2014 could very well signal the end of the United States of America as we know, love, and honor her.
Posted by Diane Sori at 12:41 AM