"Ladies and gentlemen, seeking the truth is the obligation of this committee. I can see no point in going further." - Darrel Issa after Lois Lerner refused to answer his questions for the second time.
House Oversight Chairman Darrell Issa should NOT have adjourned Wednesday's hearing after former IRS official Lois Lerner repeatedly refused to answer questions about the IRS targeting conservative groups applying for tax-exempt status...that is NOT before he called for her immediate arrest for obstruction of justice after she, for the second time, pleaded 'the Fifth' to questions about her role in the scandal.
“On the advice of my counsel, I respectfully exercise my Fifth Amendment right and decline to answer that question,” Lois Lerner regurgitated over and over as she pleading 'the Fifth' to every one of Issa's questions. Pleaded 'the Fifth'...I thought this administration..of which Lerner is part...was supposed to be the most transparent administration in history...transparency my eye as this group of miscreants knows NOTHING but LIES and covered-ups all while Obama continues to bloviate about transparency
LIES, cover-ups, and playing games especially with committee Republicans as Lerner's lawyer William Taylor first said Lerner faced death threats (yeah right) and wouldn't appear, then saying he'd produce her at a sworn deposition, and then saying she would only answer questions if she were immune from prosecution.

In other words Taylor was bargaining in exchange for the truth...sorry but it doesn't work that way.

And then haul her ass off to jail...as in 'Do NOT Pass Go' and with 'NO Get Out of Jail' free card either.

Remember always the critical fact that this is the second time Lerner has outright refused to answer questions. The first time was last May when she bloviated in an opening statement that she had done NOTHING wrong (the liberals NEVER accept responsibility for their actions as we all know), and then immediately invoked 'the Fifth' and refused to answer any questions concerning her or her office giving so-called 'extra scrutiny' to any and all conservative groups who applied for tax-exempt status that had the words 'TEA party' or 'patriot' in their names.

Refused to answer these same questions again...I always thought that if you had NOTHING to hide you would have NO problems answering any and all questions with the truth, but in 'Obamaland' the truth is and always will be a foreign entity...a foreign entity just like the man they're all trying to protect. And if truth be told, Lerner is indeed the very link that can tie Obama directly to the IRS scandal, and once Obama is directly connected to one of the infamous scandals his ties to all the other scandals will indeed neatly fall into place.

And to add drama...to add theater...as if the hearings themselves weren't drama and theater enough... Darrel Issa called for the meeting to be adjourned and turned off the microphone. And as soon as he uttered the words, "I have no expectation that Ms. Lerner will cooperate with this committee, and therefore, we stand adjourned,” Congressman Elijah Cummings (D-Md.) went off on a partisan tirade as he loudly interjected, "I am a member of the Congress of the United States of America. I am tired of this! We have members over here, each who represent 700,000 people. You cannot just have a one-sided investigation. There is absolutely something wrong with that, and it is absolutely un-American.”

And with those words Darrel Issa walked out and rightly so for these are words that are NOTHING but bloviated nonsense...what the left does best...for this ubber liberal Congressman who said "it is absolutely un-American" to cut off the hearing before questions are answered or his questions are asked, just doesn't get it that this woman steadfastly refused to answer the questions asked of her and is a woman who does NOT give a damn about the American citizens, for she simply targeted fellow Americans for punishment for NO other reason than they were NOT of her party...NOT of her ideology...NOT of the Obama butt-kissing club that she's a charter member of.

And yesterday, adding even more drama into the Cummings' theater of the absurd, entered the race card...like we didn't know that one was coming. With Issa being called a racist because he, a white man, dared to tell Cummings, a black man, the meeting is adjourned, the liberals are coming out in force to circle the wagons around Lerner via Cummings and the race card. But NEVER once did it occur to them that Issa, the chairman of the hearing told Cummings, an out of control belligerent angry man, the meeting was adjourned with race playing NO part in Issa's actions. And the left knows damn well this is the truth, but then again what would the msm use for their tabloid journalistic story of the day if the truth were ever to be known. 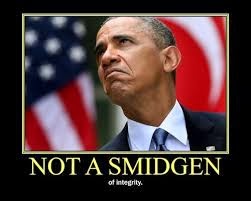 But the bottom line is that when all the drama is stripped away what remains is the search for the truth...the whole truth and NOTHING but the truth...NO matter that Obama said "NOT a smidgen of wrongdoing was done by the IRS."
And because of the Obama administration's and Obama himself being more than willing to go against the rule of law, Darrell Issa has the law on his side to have Lois Lerner arrested. So why doesn’t he...after all orange is indeed Lerner's color...could it be that the establishment GOP is NOT that upset about the IRS scandal because many Republicans are outwardly vocal against the TEA Party...the very group who took the brunt of the IRS scrutiny.

Just something to think about...I'm sure Ted Cruz has.
Posted by Diane Sori at 12:00 AM