Conventional Wisdom Is A Mass Illusion 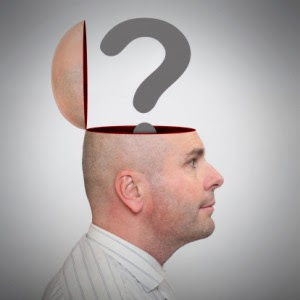 A recent poll by Rasmussen found that more than one-third of Americans had no clue which parties control the House and Senate. What a sad commentary that such a basic bit of information — taken for granted by this audience — is lost on an American populace so distracted by bread and circuses.

This, of course, is not true of the typical Personal Liberty Digest™ reader. You are a special lot and much appreciated. Most of you are making a valiant attempt to rid yourself of a lifetime of brainwashing and propaganda. It is a difficult task; I know. And it has nothing to do with one’s intelligence.

I have watched as otherwise intelligent and thoughtful people have had their minds manipulated so that they acted against their own best interests as a result of propaganda. It seems that organized and sophisticated propaganda is able to operate above the threshold of intelligence. In other words, without some imperative to trigger inquiry, very intelligent people buy into lies and myths the same as the general population. The lies and myths then become conventional wisdom. The human mind rarely accepts a challenge to conventional wisdom.

Instead, it dismisses it under the auspices of “conspiracy theory,” a catchall category for information outside the main.

But you, Personal Liberty reader, keep your focus on reality, paying no attention to the political noise, the controlled media, the economic establishment or, indeed, the medical cartel in America. You recognize it for what it is: all noise that interferes with a calm and sober psyche.

Here are things as I perceive them: The U.S. is deteriorating at a very fast rate — one that is becoming perceptible to even the millions of people who had not previously observed it. Even mainstream economists are starting to sound the alarm, though they continue to miss or ignore the cause. It does not matter “who” is doing it to us. The main thing is “it” is being done.

It is up to us to choose personal liberty for ourselves and our progeny and loved ones as much as it is possible within the laws of the land, whether we agree with those laws or not. Our great and overpowering advantage over the masses and the elites is our dedicated accumulation of special information that we dig for outside the system. But to take advantage of it, we have to think outside the box. Sorry, this is a requirement.


This type of thinking and the revealing of information outside the main has caused me to endure many slings and arrows and charges of nuttery. No matter.

You are likely familiar with the parable Jesus told of the sower as read in the Gospels. The sower spread seed. Some fell on the path and was devoured by birds. Some fell on the rocky ground where they took root but withered and died in the heat. Some fell among thorns and were choked out. Others fell on good soil and flourished. The lesson is that many seeds are planted here, but few become permanent. So it is with the truth. So it is with people.

Only a few can focus and then hold that focus until they achieve personal liberty based upon a foundation of health, wealth and knowledge. They refuse to look over their shoulders at the system and are no longer influenced by the system.

Therefore, the main and powerful issue facing everyone in the United States is the depreciating currency. This is very simple to understand but becomes merely an illusion to those who haven’t escaped the system. Somehow, people cannot grasp that they can be impoverished even while accumulating, saving and holding the currency of the land.

Why is the mass illusion perpetuated? The answer is that the myth blinds the masses because they have childlike misplaced faith in “authority.” They are politically naïve. Few people can imagine that the system is not honest, that it is indeed very sophisticated fraud.

Money creators through all the ages have many pretenses and disguises like war, price controls, exchange controls, etc. Translated, this is suppression of liberty and severe restriction on privacy and travel. This is happening now and will only increase, along with a massive dose of propaganda and charges of anti-Americanism against those who seek an escape route.

Remember, the majority believe propaganda until it is too late for survival. The rest rationalize that things are bad but that times will get better long before there is a reign of terror. This was the mindset of the German people in the 1930s. While a few escaped, most believed the propaganda. But you know the ending: Nazi Germany and then a destroyed country.

If the face of tyranny is pretty enough, people can be manipulated to adore and embrace it. Modern tyranny is so sophisticated that it actually appears benevolent to the masses. How Herr Goebbels would love it. He’s likely smiling from hell!

Governments are all on a paper money system. Paper money moves wealth and production into the hands of government. All is fine with this mass theft until there comes along an aging population.

What to do? Kill off the aging population, benevolently of course. Down the road, there is euthanasia; but for now, we put them under the tender care of the medical establishment. Everybody gets rich except the aging victims killed with drugs, operations and “medical care.”

Anybody ever find out about it? Nope.

Only a few find out who have the capacity to look beneath. It’s the perfect crime and a very profitable one.

For personal liberty, accumulate gold and silver outside the system and keep yourself in good health through proper diet and exercise. Proper diet means mostly raw whole foods and only organic, free-range meat. Expensive you say? Not nearly as expensive as falling into the hands of the deathcare system.

And avoid the bread and circuses.
Posted by Diane Sori at 10:50 AM